Sorry, you need to enable JavaScript to visit this website.
< Back

Food on The Edge 2019: identity, migration, and food as diplomacy

On the 21st and 22nd October, this year’s Food on the Edge took place in the Bailey Allen Hall at the National University of Ireland in Galway, Ireland with S.Pellegrino as major partner. Hosting over 600 visitors over the two days and 50 national and international guest-speaking chefs including Shinobu Namae, Alex Atala, Darina Allen, Leonor Espinosa, Josh Niland and Ben Shewry along with the presence of Fine Dining Lovers, it made for a satisfying look at the industry from the inside out.

The culinary world was taken by storm in a flurry of seminal ideas and collaborations at this fifth edition talks, demonstrations, masterclasses, samplings and stories involved industry professionals in a yearly event that marks an important voice in the world of culinary innovation and dining culture. The main theme of Migration was explored in detail while many others were touched upon ranging from food waste, sustainability and education, diversity to family, identity and authenticity in food.

Director of the symposium, JP McMahon: “We had a great diversity of speakers and topics this year, with a particular focus on the theme of migration”.

EDUCATING FOR THE FUTURE

Shinobu Namae of L’Effervescence, Tokyo, kicked off with some interesting insights into the international influence on Japanese cuisine, “1,200 years of a meatless diet in Japan was influenced by the politics at the time, while meat was introduced to build stronger soldiers like Western counterparts.”

Chefs Rachel and Darina Allen of Ballymaloe Cookery School, Cork, Ireland, spoke About, ‘Irish Food: Past, Present and our Vision for the Future’, Darina Allen asserting, “The future of Irish food is through looking to the learnings of the past”.

In ‘Fish Unknown -Diversifying Your Plate’ on sustainability in the fishing industry, Guy Owen believes in diversifying the selection of fish on your plate starting with the fishmonger. Josh Niland, of Saint Peter Restaurant, Australia, supports this thinking in his talk ‘Beyond The Fillet’.

Celebrity chef, Alex Atala of D.O.M., São Paulo, Brazil, wrapped up the first day with his talk on ‘Knowledge, Eating, Cooking, Producing and Nature’, “If cooking is a political act, I am an activist. We can create the change. We eat at least three times a day, we can act at least three times a day” he said. On the second day, Ben Shewry of Attica, Australia, shared his Food Story, ‘Shut Up and Listen’: “Food can be the thing that changes the mainstream” he said.

The evolution of kitchen culture and chef sustainability were outlined in detail by Fine Dining Lovers senior correspondent, Ryan King. He named the seminal kitchen heads who are actively paving the way for better models by changing their working environment for the better. He deferred to Carlo Petrini’s belief that hierarchical systems in kitchens such as the Escoffier Brigade, be abandoned for a more ethical and empathic approach.

Read more about S.Pellegrino’s belief in nurturing and supporting young culinary talent through S.Pellegrino Young Chef, and follow all the exciting developments in the world of gastronomy on S.Pellegrino’s Instagram and Facebook pages. 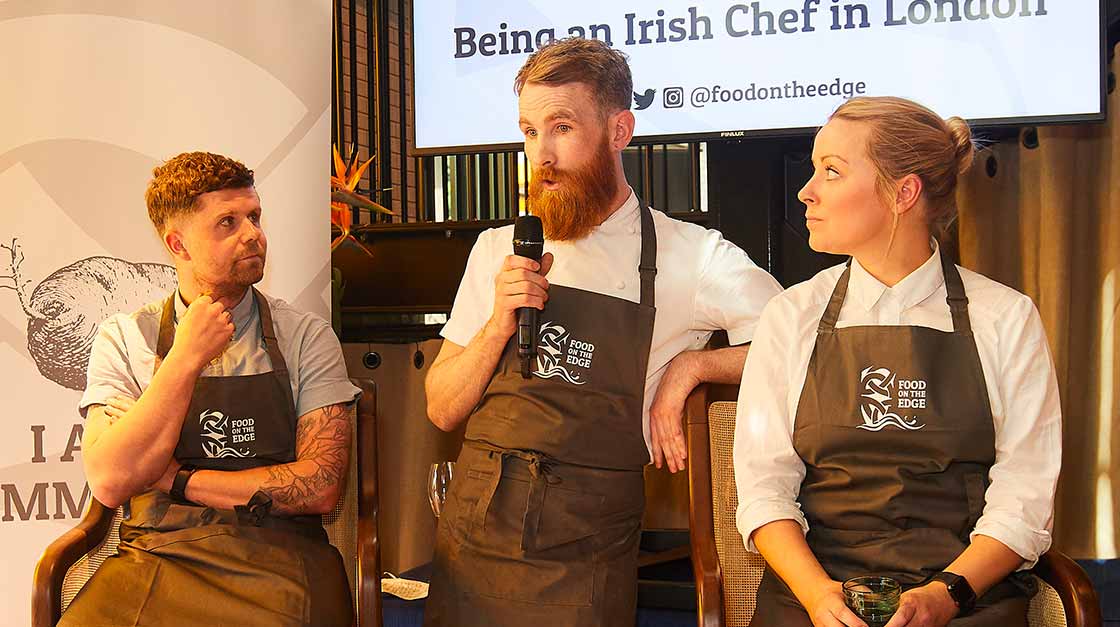 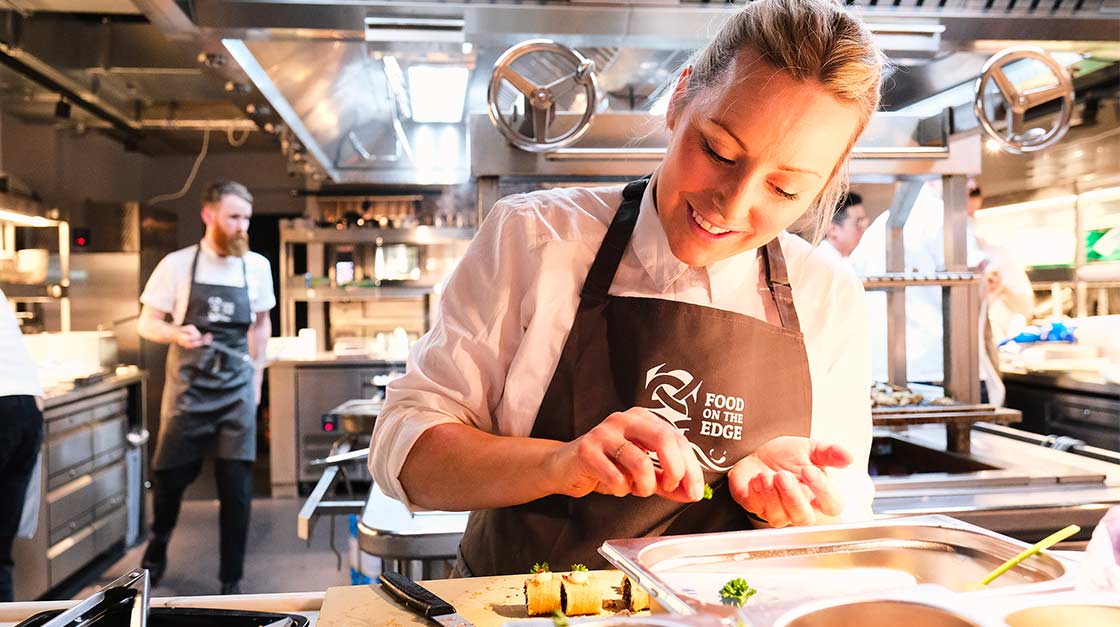 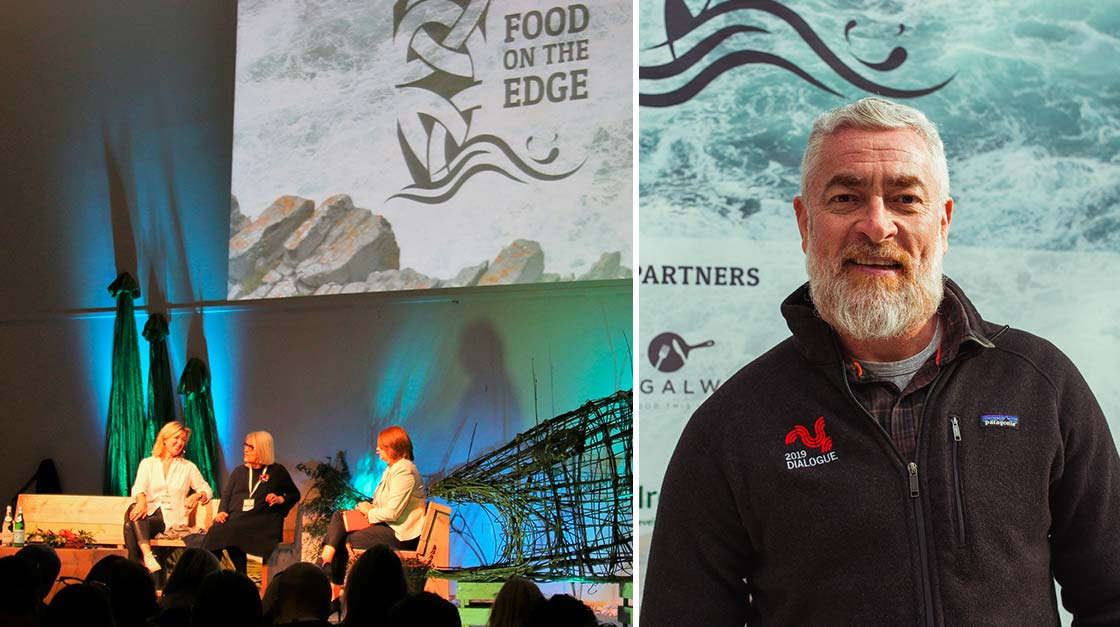 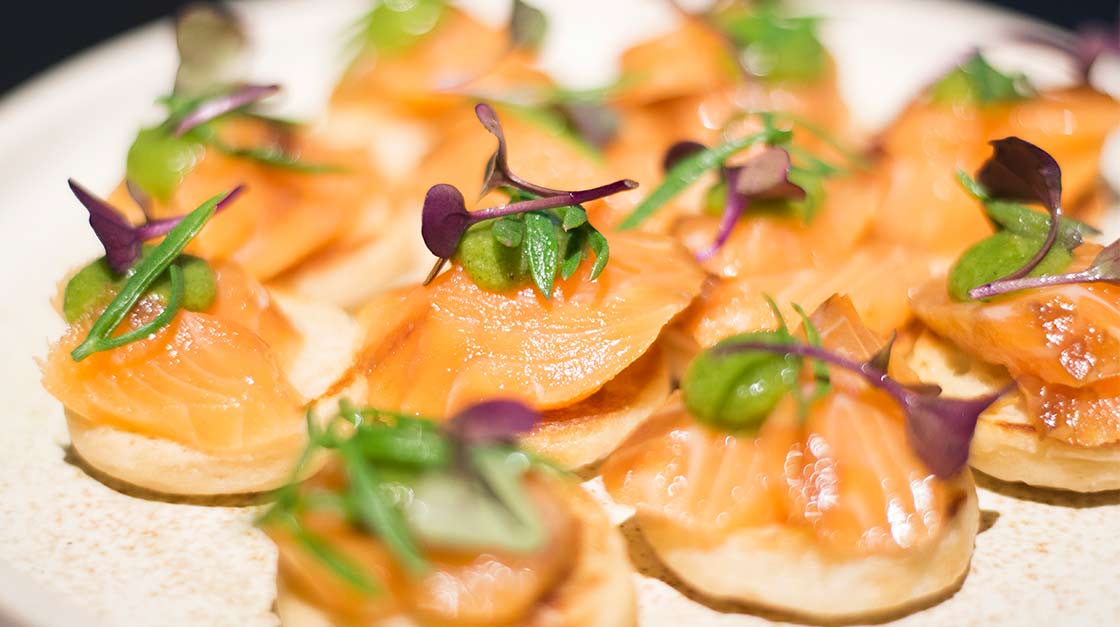 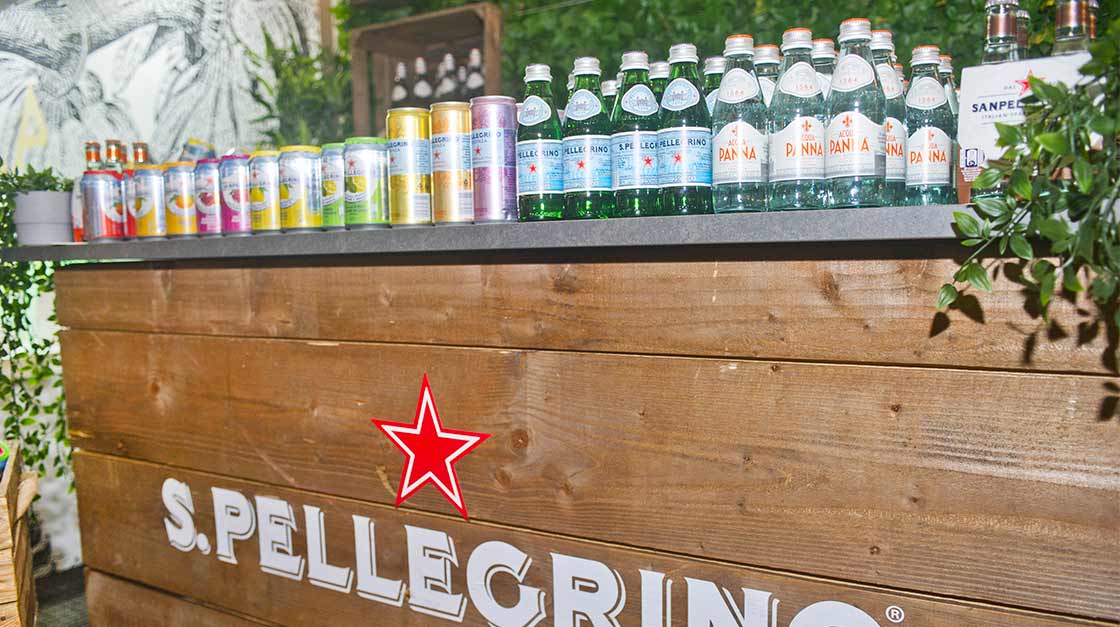 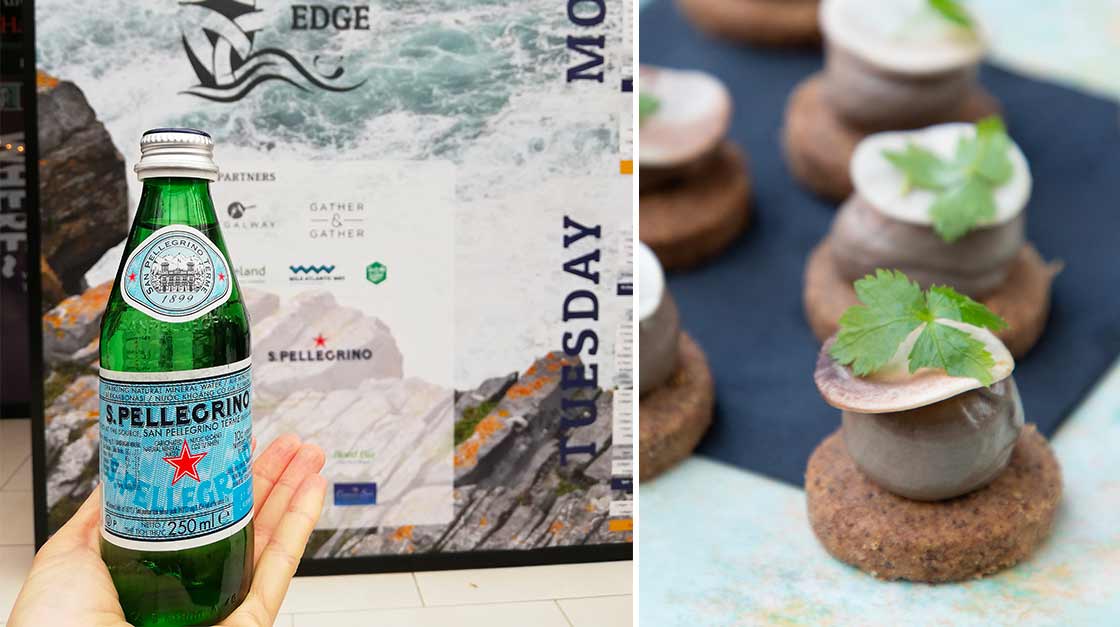 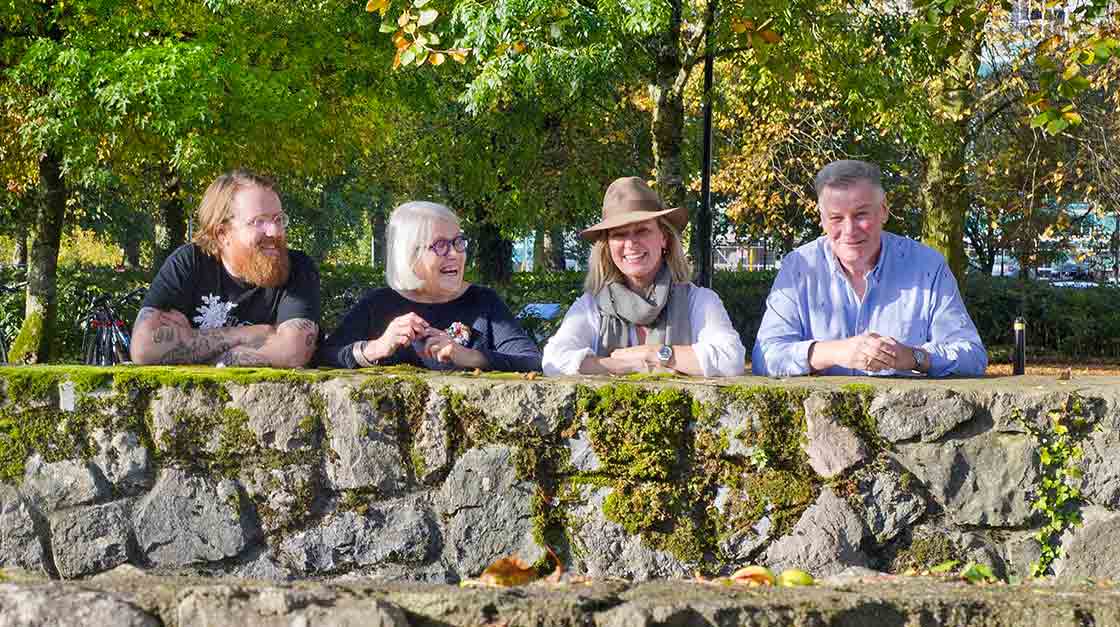 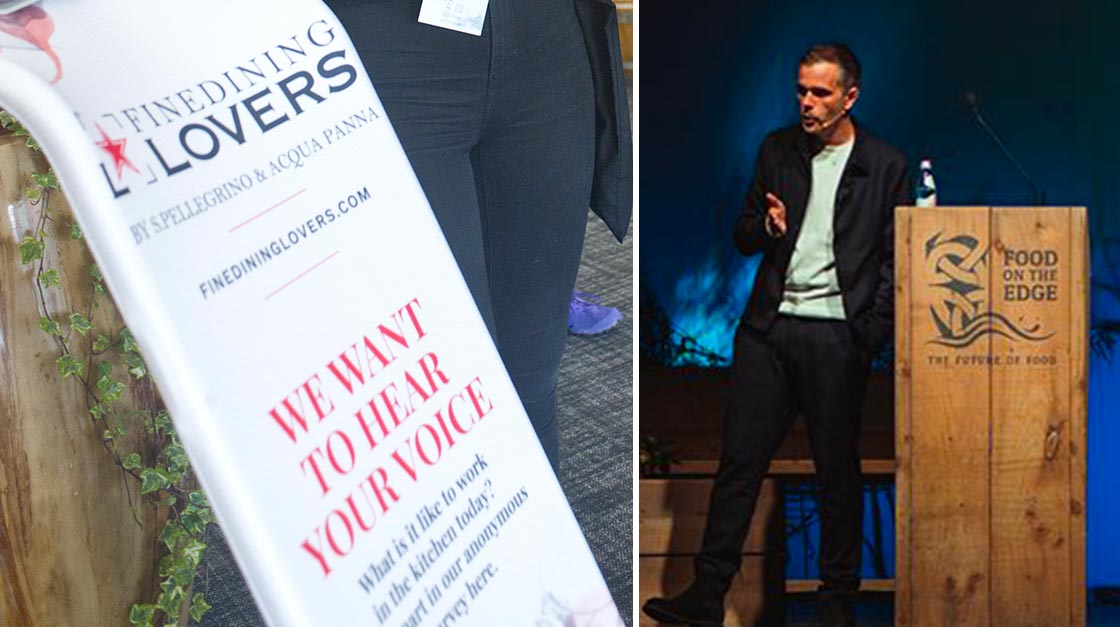 Maido in Lima, Peru Wins Latin America’s 50 Best Restaurants for the third time in a row
Previous
S.Pellegrino celebrates “Inspirational Women of the Era” in Taipei
Next